Searching around for new ideas for my doctoral writing classes recently, I found myself perusing the endless array of pins on Pinterest. Academic writing, and especially doctoral writing, is often regarded as being almost entirely separate from creative writing: doctoral writing is supposed to be objective, direct, dry. However, a short foray into the world of Pinterest quickly reveals that much of the advice to novelists is relevant to doctoral writers, so I started compiling my own board of pins that were aimed at aspiring fiction writers but also useful for academic writing.

Creative writers often pay close attention to narrative and structure, both of which are key to communicating research effectively (more on narrative in doctoral writing here). The example below from independenceinlearning.blogspot.com is designed to help school children work with a basic narrative structure. 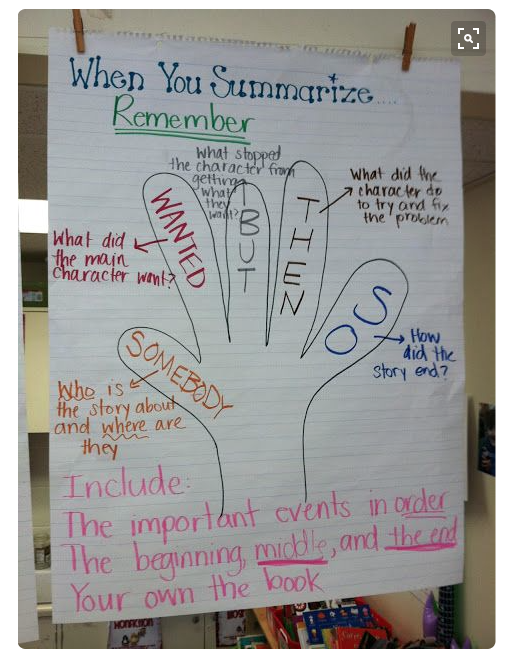 Much the same structure could be used to write the story of an abstract, or to prepare brief summaries when reading articles, if the author were to substitute ‘researcher’ for ‘character’: What was the issue the researcher WANTED to explore? BUT the problem with previous research in the area was… THEN the researcher did something (i.e., research method), SO that the findings and conclusions could be reported.

These kinds of images are also good reminders that visual representations of thinking or structure are extremely useful, even for those doctoral writers who are ‘word’ people rather than ‘visual’ (admittedly, most of us are a mix anyway). There are great benefits in drawing diagrams to reveal structures or patterns, as this one from Michael Britt of The Pysch Files demonstrates:

Pinterest includes many checklists that can be used to guide systematic thinking. I think this picture from Julie Ballew of A Literate Life would be a useful addition to any doctoral researcher’s noticeboard:

Similarly, the following document from Enokson posted on Flickr could be used to guide a structured discussion to focus attention on critical thinking as preparation for doctoral writing.

And then there are messages from copy editors like this:

I’ve mentioned previously how much I like lists; they abound on the creative writing boards of Pinterest. One useful list suggests different ways to begin sentences. There are also plenty of lists of words, which I particularly like, since they help us to be more precise in our writing – and more interesting. Susan Carter’s blog on ‘saying says’ is very helpful, and you will find 200 possibilities (not all of them ‘academic’) at The Writer’s Handbook like this one below, along with lots of other synonym lists.

I also like these lists that offer ways to avoid using ‘very’: one from The Aspiring Romance Writers blog; and the other from The Writer’s Handbook. Of course, not all of this vocabulary is appropriate to academic writing: doctoral writers must always have an eye to what their discipline (and examiners, for that matter) will regard as acceptable. Nevertheless, there is plenty of room to be both articulate and engaging in this high-stakes writing.

Have you found – or created – similar visual representations that are useful for doctoral writers? We’d love to hear about them.

4 thoughts on “Pinterest for doctoral writing: Learning from creative writing”