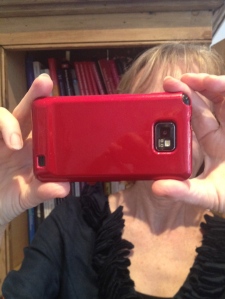 I was talking to my 90-year-old father about his working life in a post-war world where opportunity seemed abundant, where hard-working people had job security and predictable promotion trajectories. My father doesn’t understand self-promotion. In his view of the world, good work is noticed and rewarded by good managers. Blowing one’s own trumpet is crass; modesty and humility are admirable. I’m grateful he isn’t part of my world and will never see how we academics survive by self-promotion.

I have conflicted views about this brave new world – sometimes it seems so self-indulgent and narcissistic. But I also recognise that there are few alternatives. The Anglo-Christian idea that ‘the meek shall inherit the earth’ and Confucian respect for humility, for example, just doesn’t cut it for job-seeking doctoral students.

In our highly competitive world, doctoral students need to keep a very firm eye on profile building. Publishing – and here I refer not only to traditional paper-based publishing – is a central plank to constructing one’s public profile. Publishing is not simply about disseminating research, it is also about building an image of yourself as a scholar, promoting your work and your availability. Unfortunately, most of this promotional work needs to be driven by the individual; our institutions rarely assist scholars in this endeavour.

So, what academic selfies are available – and acceptable – for building this public profile?

Self-citation, or citing oneself, is a pretty traditional approach, although it’s not always clear where, when and how much one should cite oneself. For example, a friend is scathing about her colleague’s habit of citing his own work within the first paragraph of his articles…

Citation circles (you scratch my back, and I’ll scratch yours) have long been used for building a presence and getting traction within a particular community. Of course, sometimes citing oneself or one’s colleagues is entirely legitimate, but not always necessarily entirely innocent…

Email signatures can be effectively constructed to advertise new or highly cited publications.

Personal websites and online professional networks such as LinkedIn, Academia.edu and ResearchGate are widely used for displaying publications, profile analytics, and other professional achievements. A Google Scholar profile is a basic essential these days.

Compared to these relatively static mechanisms, the power of social media (eg Twitter, Facebook, blogging) for profile building is like dynamite. Big and loud, social media can make an impact that can be useful – but it can also be damaging. It is immediate and pretty unforgiving. Social media, more than these other tools, requires you to manage your own image-making. Blogging – that is, public diary-keeping – is now commonplace and it’s no surprise that doctoral scholars and researchers are increasingly taking to this medium as readers (Tenopir, Volentine, & King, 2013) and for the dissemination of their research (Gruzd, Staves, & Wilk, 2012). But blogs also present an image of their authors, inviting public engagement in ways that aren’t predictable (Steel, Cohen, Hurley, & Joy, 2012). The format, title and visuals, the choice and treatment of topics, the style and tone all help brand the author as a certain kind of scholar.

Image making is hard-wired into social media tools. I found this out recently, when I signed up to Twitter. Having agonised over the choice of name (or hashtag or handle), finally, with the help of seasoned experts Joyce Seitzinger and Tseen Khoo, I signed in – only to discover that Twitter then wanted a descriptor and a photo. Weeks later, I added a descriptor – as short as I could get away with. Not long afterwards, momentarily forgetting about the still absent photo, I tapped out a response to a tweet, only to receive this quip: ‘I see you’re still an egg head!’ So much for my careful image making!

This relatively harmless stuff-up underlines how easy it is for social media to backfire. Blogging and other social media, operate like selfies – you choose and make the image of your public self. Therein lie the benefits – and risks.

Participating in this self-promotional world is a performative act, that, to a degree, is self-indulgent, but can also be business-like and professional – and, when viewed as a reciprocal community, can reap great rewards. Nevertheless, successful engagement necessitates careful thinking about what, where and when you will promote particular aspects of your research and professional persona. It involves decisions about identity, image and personal/professional boundaries.

My foray into this world has largely been experimental and fun – but I recognise the central requirement to sell oneself in such public forums can be daunting. If your objective is career-building then it’s worth taking a considered approach to how, where and when you will build your public profile.

Some of these themes will be taken up again next week in a post by Mary-Helen Ward on PhD blogging, in the meanwhile I wonder:

Can doctoral scholars avoid self-promotion? Do institutions have a responsibility to help them (and their supervisors) learn the ropes in this new context?

3 thoughts on “Academic selfies, self-promotion and other narcissistic behaviours”